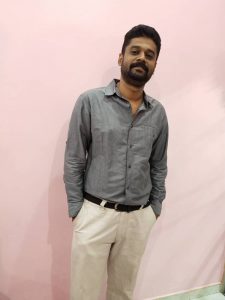 Saravana Kumar Sagaran is a trainer, Leadership. He is an

Operation Manager who started his career as a Operation Clerk. Over

Supervisor (2 years) in 2 different organization, made him a Senior

years prior to him leaving the service industry.

His academic qualifications include a Bachelor’s Degree in Civil

Engineering. With his vast experience in various Logistics Industry,he has also been trained in his industry such as

(i) Introduction to the ISO 14001:2004 Environmental Management System,

(iv) Developing And Implementation of HACCP in Meat Plants

He is a qualified trainer and is recognized by Pembangunan Sumber Manusia Berhad (PSMB).

Over the years, he has also actively involved in conducting in house interval Scheduled Audits also involve in various Safety Audit which was held by his previous organizations that he was attached to. He also provided in-house training for the organization that he was attached with to improve operation practices and service level. He has acquired a wide and in-depth knowledge in leadership skills and unique decision-making abilities.